The United Nations General Assembly has designated, through Resolution 54/134, November 25 as the International Day for the Elimination of Violence Against Women. The premise of the day is to raise awareness of the fact that women around the world are subject to rape, domestic violence and other forms of violence; furthermore, one of the aims of the day is to highlight that the scale and true nature of the issue is often hidden.

Who were the Mirabal sisters?

The Mirabal sisters grew up in an affluent family and were well cultured and educated women at a time when most women did not receive a good education. It is important to recognize what the Mirabal sisters did for their country and how their past actions still affect and influence people today in the Dominican Republic.
The Mirabal-Reyes family was a prosperous family from a town in Salcedo called Ojo de Ague on the north coast, near La Vega. Their father, Enrique Mirabal Fernandez married Mercedes Reyes Camilo (the mother is also known as Chea). Don Enrique was a successful farmer and merchant who was born in one of the small towns in Santiago called Tamboril. He owned his own farm, shop, cofee mill, meat market and rice factory. His wife, Dona Chea, was also from a middle class family in Ojo de Agua. 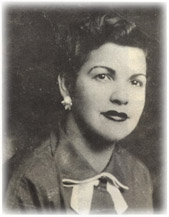 Born on February 27, 1924, Patria was given her name as her birth date coincided with the anniversary of the Dominican Republic’s Indepedence Day. Patria means motherland. Patria had an affinity with painting and art and at the age of fourteen she was sent to the Colegio Inmaculada Concepcion in La Vega, a Catholic Boarding School. Her sisters, Dede and Minerva, also went. When she was seventeen, Patria married a farmer named Pedro Gonzalez and had four children, Nelson Enrique, Noris Mercedes, Raul Ernesto and Juan Antonio (who sadly died 5 months after his birth). Patria supported her sister Minerva in her anti-government efforts and opposed the dictator Trujillo and in their attempts to overthrow Trujillo had all their property and home seized by the government. Patria was concerned for the future of the country along with all of the county’s children.
Patria was famous for saying “We cannot allow our children to grow up in this corrupt and tyrannical regime, we have to fight against it, and I am willing to give up everything, including my life if necessary”. 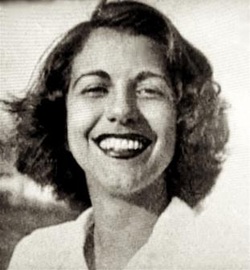 Minerva, born March 12, 1926, showed signs of her great intelligence from a very early age. By the time she was just 7 years old she could recite the verses of French poets. When she was 12 years old, she was also sent to the Catholic Secondary School Inmaculada Concepcion with her sisters, Patria and Dede. Like her sister Patria, she too appreciated and enjoyed art, especially that of Pablo Picasso, her main love was of writing and reading poetry, and favored that of Juan Pablo Neruda. Minerva attended the University of Santo Domingo and it was there she met her future husband Manuel (Manolo) Tavarez Justo. They married on November 20, 1955, and moved to Montte Cristi where they had 2 children, Minu and Manolito.
In 1949, she was taken to the capital and along with her mother Dona Chea, placed under house arrest, meanwhile her father Don Enrique was being held in the Fortaleza Ozama. Minerva’s political influences included changes occurring in other Latin American countries, the Luperion Invasion (14 of June Movement) and the revolution in Cuba.
Minerva admired the then up and coming revolutionary, Fidel Castro and would often recite his famous words of “Condemn me, it does not matter; history will absolve me!” She was also influenced by her Uncle who had a pharmacy in Jarabacoa.
Minerva was famous for saying “…it is a source of happiness to do whatever can be done for our country that suffers so much anguish, it is sad to stay with one’s arms crossed…” 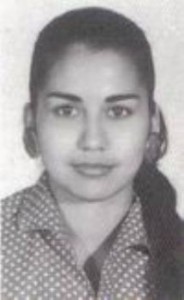 The youngest of the Mirabal sisters, Maria Teresa was born on October 15, 1936, and she also attended Inmaculada Concepcion with her sisters. Mathematics was Maria’s area of interest, and in 1954 she graduated from the Liceo de San Francisco de Macoris and then went to the University of Santo Domingo to study Math. On February 14, 1958, she married Leandro Guzman an engineer and one year later on February 17, she gave birth to their daughter named Jaqueline. She looked up to her sister Minerva and admired her actions and later became involved in her sisters’ political activities. On January 20, 1960, she was detained at a military base in her hometown of Salcedo but was later freed, on the same day. Two days later however, she and her sister Minerva were arrested and taken to La Cuarenta. La Cuarenta was the infamous torture prison, and they were later transferred La Victoria prison.
They were freed on February 7, 1960, a short while later, on the March 18, she and her sister Minerva were once again taken back to the dreadful La Cuarenta after having been sentenced to 5 years of prison for “threatening the security of the State”. This sentence was eventually reduced to 3 years on appeal and the sisters were freed on August 18, 1960.
Maria was famous for saying “…perhaps what we have most near is death, but that idea does not frighten me, we shall continue to fight for that which is just..”

On June 14, 1959, troops from the Dominican Liberation Movement, which was made up of exiled Dominicans living abroad, were sent to the northern towns of Costanza, Maimon and Estero Hondo under the Command of Enrique Jimenez Moya. Nicknamed the Luperon Invasion, this attempt was meant to topple the dictatorship; however word had preceded events and Trujillo’s army was lying in wait for the Dominican Liberation Movement. Although the coup never took place, an important event did – a seed of rebellion had been planted within the Dominican people!
The 14 of June Movement was an underground resistance political group, headed by Manola, Minerva Mirabal’s husband. Pope Faxa was the elected General Secretary and Leandro Guzman who was Maria Mirabal’s husband was the treasurer. Patria, Minerva and Maria became known as THE BUTTERFLIES or in Spanish LA MARIPOSAS.

The Butterflies posed a huge threat to Trujillo and his regime as their popularity among their fellow countrymen was high, especially after their recent release from jail. In Trujillo’s arrogance, nothing else could be done but to dispose of this threat to his nation and government. He thought that if the sisters disappeared then so would their actions and beliefs from their followers. No matter how many times he had thrown them in and out of prison, no matter what he took away from them, as during their persecution Trujillo had stolen their property, land, houses, left their families with nothing, the three sisters, Minerva, Maria and Patria, refused to give up their fight for democracy and civil liberties to everyone on the island. In fact the more he took, the greater strength they gained.

Trujillo had many weaknesses and one of them was young women. He had built many houses and mansions through out the Dominican Republic and in each one he had a mistress. When he had first met Minerva way back in 1949, he had set his sights upon her and years later, her spurning of him still angered him bitterly and he never forgave her for that.
Trujillo planned their deaths meticulously and carefully chose who he would use to carry out the murders. He had to choose men who he could ask to commit such crimes and also men who had the guts to commit such crimes.
He chose Victor Alicinio Pena Rivera who was Trujillo’s own right hand man, also Ciriaco de la Roas, Ramon Emilio Rojas, Alfonso Cruz Vlaeria and Emilio Estrada Malleta all members of his secret police force.

On November 25, 1960, Minerva, Maria and Patria were all returning from Puerto Plata on a heavily raining evening after visiting their spouses in jail. As they drove back home along the main highway between Puerto Plata and Santiago their Jeep was stopped by the secret police as planned by Trujillo. There is no way of knowing exactly what happened that night; however a narrative still exists from Ciriaco de la Rosa, one of the henchmen.

He said “…After stopping them we led them to a spot near the chasm where I ordered Rojas to pick up some sticks and take one of the girls; he obeyed the order and took one of them, the one with the long braids, Maria. Alfonso Cruz took the tallest one, that was Minerva, and Malleta took the driver, Rufino de la Cruz. I ordered each one of them to go to a sugar cane grove on the edge of the road, each one separated so that the victims would not sense the execution of one another; I ordered Perez Terrero to stay and see if anyone was coming who could find out about the situation. That is the truth of the situation. I do not want to deceive justice or the state. I tried to prevent the disaster, but I could not because if I had, he, Trujillo, would have killed us all….
It was in this manner that the Mirabal sisters and their driver, Rufino de la Cruz, were clubbed, beaten and then strangled to death alongside a mountain road between Puerto Plata and Santiago.
Patria was 36 years old, Minerva was 34 years old and Maria was 24 years old.

After they were killed their bodies were then put back into their Jeep, the Jeep was then pushed over the side of the cliff at La Cumbre to make it appear like an accident had taken place in the bad weather. Everyone knew it was Trujillo though that had ordered the murders.
This act had far reaching consequences for Trujillo and was the last straw for the majority of Dominican people.

It was the beginning of the end for Trujillo.

On May 30, 1961, however, Rafael Trujillo was ambushed while traveling home in his car and gunned down by seven assassins, some of whom were members of his own armed forces. 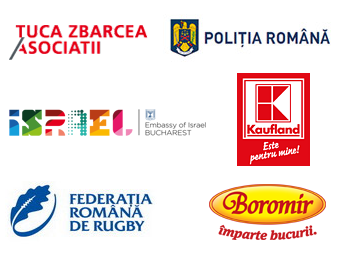